I have a 1st Class BA (Hons) from De Montfort University, Leicester and an MA from Central St. Martin’s, London. Both are in Graphic Design and Photography.

From 1987-’89, I worked one day a week at the Times Educational Supplement helping out on the picture desk. Here I learnt the invaluable skills of commissioning photographers, carrying out photo searches, filing and categorising images. I witnessed the importance of being organised and having great people skills. For me the most rewarding part was actually handling images from the great and good in my field.

Five months into working at the TES, I was given my first commission. I worked for them on a regular freelance basis until 2010, accumulating over a thousand jobs. Aside from the TES, I quickly established a healthy client list of Editorial, Corporate and PR clients.

My fundamental background in graphic design has helped me enormously during my career and has become my trademark style in photography. I think and create images as a designer – focusing on strong composition and often exploring shadows and abstraction as a way  to further convey meaning.

Over the past 28 years of freelancing my charity work has taken me to many places outside of the UK. In the early 90’s I photographed aids victims and orphans in Uganda, child poverty in St Petersburg for the Christian Children’s fund and in the mid-1990s, spent months in Borneo and Zimbabwe as staff photographer for Raleigh International. In the late 1990s I taught documentary and reportage photography at Notre Dame University in Beirut, Lebanon.

In 2004, over a period of 24 hours non-stop, I was involved in a Photo Project entitled “LITHUANIA. 24 HOURS”. The idea of the project was to invite global media photographers who would record, according to the themes provided, moments of Lithuania ‘s becoming a member of the European Union during the entire day. The final result was an exhibition and book.

This image forms part of my ongoing series “Windows-a homage to Dennis Hopper” and won 3rd Place-Honour of Distinction in the 8th Annual Color Awards 2015. It is also included in my current US project. My aim is to capture the derelict relics of the 1950’s and 60’s — a time of drive-in movies, highway motels and Route 66: a small tribute to ‘Vanishing America’ and the American dream, where one was free to build a better, richer and happier life. 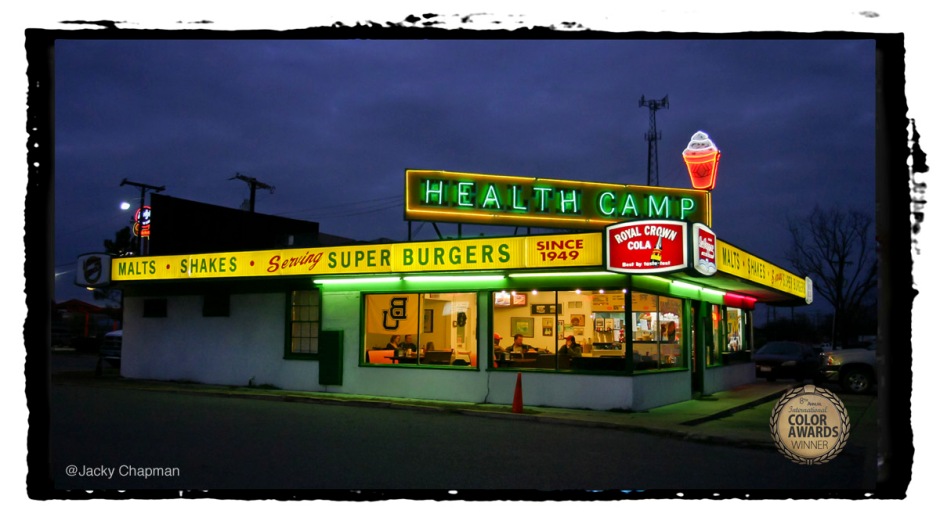 My images  can be found at on my website and on Alamy.